The champions of the ZOWIE eXTREMESLAND Asia CS:GO Open 2019 - TYLOO! 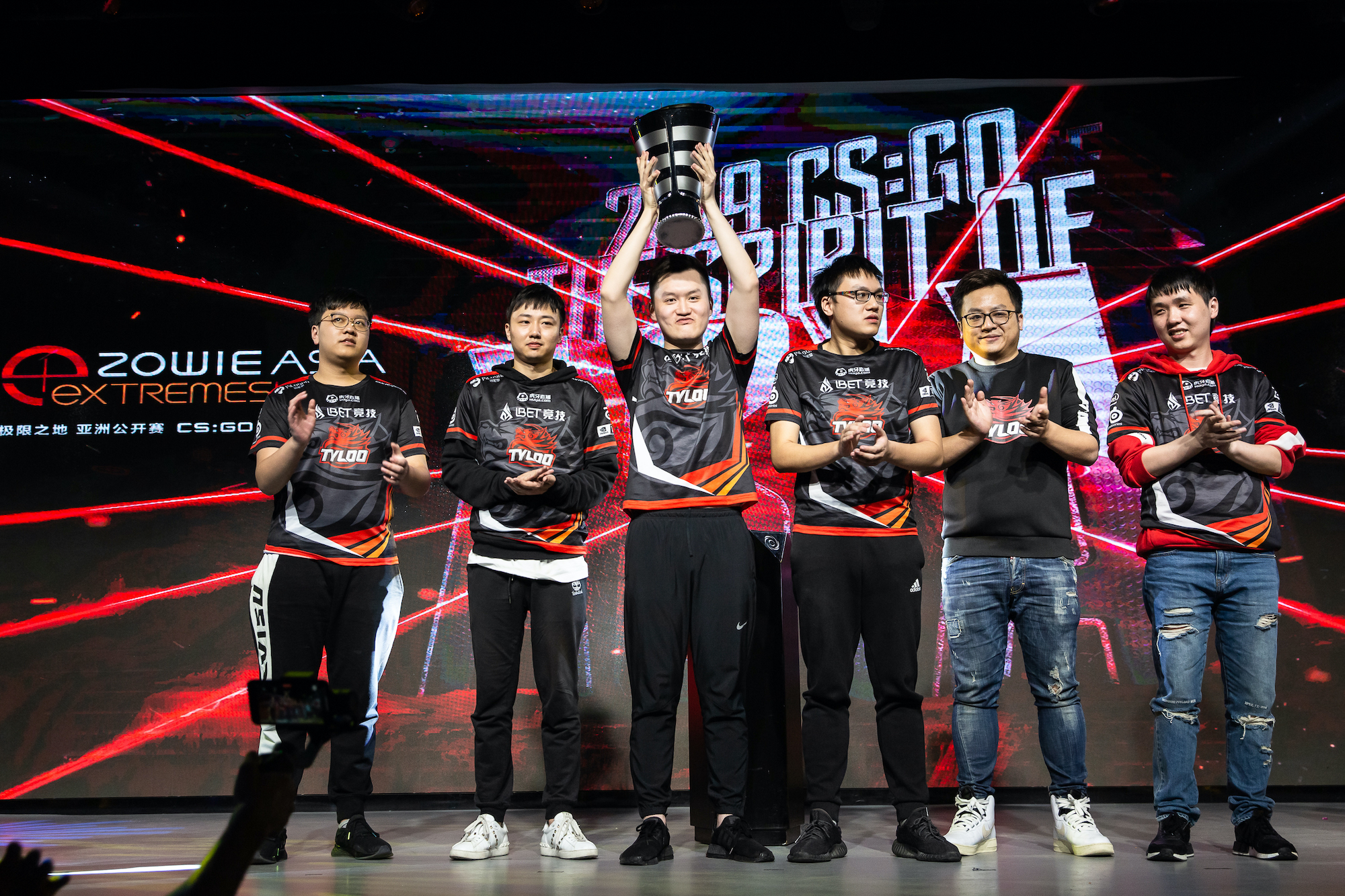 Over the weekend of November 14 – 17th, 2019, sixteen teams descended in Shanghai for the ZOWIE eXTRMESLAND Asia CS:GO Open 2019. Like previous editions of eXTREMESLAND, the annual $100,000 event serves as a good benchmark for the state of Asian CS:GO. Although technically the defending champions, Korea’s MVP PK saw their road to reclaim the trophy riddled with obstacles. The handicap of a newly formed roster coupled with the threat of other dominant teams proved too difficult.

As always, the goal of eXTREMESLAND this year was to provide the maximum opportunity for CS:GO in Asia. As such, we changed the format to accommodate more than 30 countries around the APAC region, and for the first time at an Asian CS:GO event, Turkey was included as part of the region. Through both the regional and national qualifiers, we had over 550 teams sign up and participate, with only sixteen making it to the grand finals. The final sixteen teams represented fifteen countries and consisted of players from over twenty nationalities.

The group stage began on Thursday, November 14th. Storylines were ripe with underdog victories, with teams such as Absolute and AUGUST making it to the playoffs. Thailand’s Alpha Red, although one of the favorites to top their group, was swiftly knocked out by the Mongolian side, AUGUST, losing their decider match 2-0. Turkish side Demise, another potential to go the distance, saw themselves come short in Group B after losing to Singapore’s BOOT, 16-10.

With big shoes to fill following the withdrawal of Grayhound and ORDER from the event, Oceanic sides Genuine and Ground Zero were the focus in their groups. Unfortunately, both Australian sides failed to break into the playoffs and had to settle for a good learning experience instead.

Below is a summary of the group stage results:

The playoffs started with a series many were anticipating, the first showing of Mongolia’s “super team”, AUGUST. They were set to face off against eventual winners, TYLOO. However, the Chinese side proved their dominance, taking the first series 2-0. The upset of the tournament occurred in the second quarter-final. Philippines BREN Esports looked to seek revenge against Singapore’s BOOT after losing to the Singaporeans in the SEA regional finals. The squad led by Alexandre “alecks” Salle was seriously lacking cohesion, and eventually fell to BREN, 2-0, after intense back and forth.

As the defending champions, MVP PK was out to make a point. However, a lackluster performance on Dust2 saw Absolute gain the confidence they needed to close out the series 2-1 over the Koreans. Turkey’s Demise was up next against ViCi. Although they seemed like the only team experienced enough to challenge the Chinese side, ViCi were too loaded with confidence for them to mount any significant counter-attack, losing the series 2-0.

Although both Absolute and BREN had sent a strong message to their opponents, it was the semi-finals where they had to prove themselves. Fans back home were eager to see if they could convert the early playoff wins into a deeper run this year. BREN was up first, against TYLOO. Although the boys from Manila had a shot at the finals after taking one map from the eventual winners, it wasn’t meant to be this time around, and TYLOO overcame BREN 2-1. ViCi was up next, facing a very confident Absolute. In similar fashion, the Japanese side didn’t have the right counter attack to everything that ViCi brought to the table, and after a swift win on map one, the Chinese squad led by Zhuo “Advent” Liang brought Absolute back to reality and secured their final spot against TYLOO. With the playoffs completed, two teams from China emerged as the grand finalists - TYLOO and ViCi.

The Grand Final - A tale of two Chinese giants

The all-Chinese grand final kicked off on Mirage, where TYLOO demonstrated an outstanding offense, consistently breaching bombsites and steadily developing a healthy lead as a result. Mounting momentum, coupled with an outstanding individual showing from YuanZhang "Attacker" Sheng, made for a lop-sided half, as ViCi found themselves in a 2-13 predicament before switching sides.

Things went from bad to worse for ViCi, who lost the second half pistol and quickly saw their opponents reach map point. One round was all that they would muster before TYLOO wrapped things up. The next map, Train, saw another strong start from TYLOO, this time on the CT side. Early momentum post-pistol was met with retaliation from ViCi's offense, and after a turbulent early and mid-half, WeiJie "zhokiNg" Zhong's side finally found a presence, snagging the lead at a close 8-7.

Maintaining a flawless pistol round conversion record, TYLOO were set on calling the series short. With a similar persistence to that seen on Mirage, they systematically dismantled ViCi, ensuring no member of the opposition was able to retain equipment over a long string of rounds. Yi "JamYoung" Yang's solid USP-S triple kill yielded ViCi their first and only round of the half as TYLOO hammered their opponents in uncontested fashion, concluding the grand final in two short maps.

With this win, TYLOO secure their first ever ZOWIE eXTREMESLAND championship!